Should I stay or should I go.....rallying! 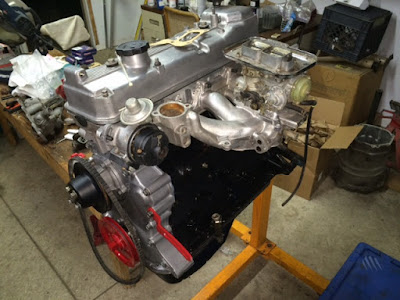 Looking for interested crew members to help out.
Posted by Unknown at 6:25 PM No comments:

Special Stage 20, Bonfire Alley.  Last stage of the 2014 event.  In car - compare to last year, much quicker in 14....less fire in 14.  Steve Nowicki/Scott Rhudy camera on top of car.  Will update with more information as it comes available.  Team finished second day of this years event 7th in class, 19th overall in regional competition in very difficult driving conditions!

Posted by Unknown at 8:46 PM No comments:

Another Normal Rally Weekend - This time in da UP, eh?

Three stages in 12 minutes of video. Only 3 usable gears. Looks faster from inside.﻿

Saturday's event, the Lac Vieux  Desert Rally, was a slight improvement, with a 5th in class of 15 entries, losing out to a 4th place finish by just 10.1 seconds.

There was some rally drama.  Before those minor details, I must say that the trip to Michigan's Upper Peninsula was quite amazing.  One hour out of Houghton, towing with the rig was one of the most peaceful drives in recent memory. So relaxing, at a quiet and leisurely 60 mph pace on billiard blacktop, sun evolving into dusk, fall visuals in the air, rich, fresh and previously unheard music in the cabin, all the tension, stress and worries of a long day were put to rest. UPon arrival at the cabin I didn't realize that the weekend accommodations also purchased a full moon over the calm waters of Keewenaw bay.  A fantastic start to a weekend up north where cell coverage was spotty and email traffic was iffy.  Lovely.

Posted by Unknown at 5:07 PM No comments:

Michigan Tri-Fecta - and Jimmy is Back!

While waiting for the UP to secede from Michigan, Jimmy Brandt comes back from his bike (as in motor bike) riding adventures and gets prepared to co-drive once again with Steve Nowicki, this time in the Lake Superior Performance Rally, just south of Houghton, Upper Peninsula.  Last minute covert operations kept entry details to the bare minimum, but it has been understood that the pair will once again compete in the trusty Mitsubishi built Fire Arrow, which was sold by Plymouth dealers in the USA THIRTY THREE years ago.

Typically a "home" rally for Nowicki, who was born and raised in Wisconsin, south of the line bordering the two states, this will be the first time since 2000 that he has returned to run the event formerly known as POR, Press On Regardless.  Last time, Nowicki and David Stone finished 8th overall and First 2 wheel drive in his Mazda RX-7 while winning the Group 5 class in the event.  This year, 13 years later, Nowicki and Brandt will be contesting the regional portion of the rally in Group 2, the biggest group or class of cars in the whole rally with 23 entries as of this date.  Needless to say it should be a hoot in Houghton.

The car is prepared and now ready to go.  After the last event, Magnum Opus, some serious performance issues were discovered which were thought to be the engine going south.  After the summer break of outdoor activities, cooler heads and cooler weather prevailed, and the exhaust system was inspected, thankfully to find a clogged flex tube and catalytic converter!  $50 bucks later and the car now runs a whole lot more respectable, and it appears that the engine is actually going north now.  An engine oil change, other minor repairs, a new exhaust tip, and some new stickers to add coolness and viola, rally time is near. 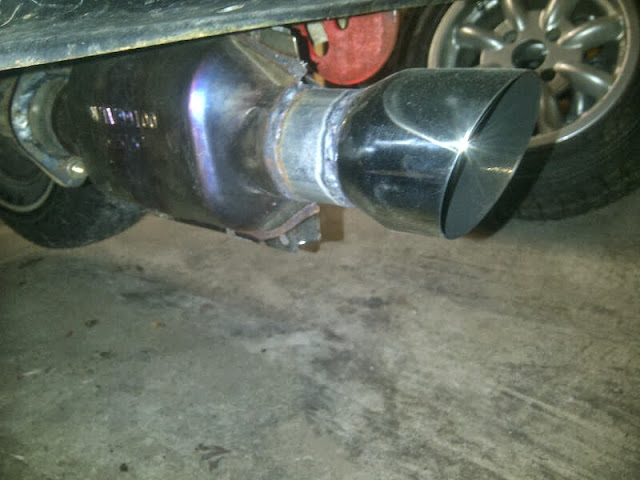 Look at the Pipe on that one! Chrome it Baby!

We are heading out early Wednesday morning to hit the UP in anger, hopefully to get a mountain bike ride in before the event if the weather cooperates.  That should be good preparation for coordination and endurance, which will be needed as the rally (or rallies actually in the regional portion - one Friday and one Saturday) won't end until Midnight or so Friday, and 7 pm on Saturday. See rally-america.com for more details on the event.  There are over 50 cars entered for the Lake Superior Performance Rally or LSPR, and the weather should be great with cool temps and hopefully some rain. 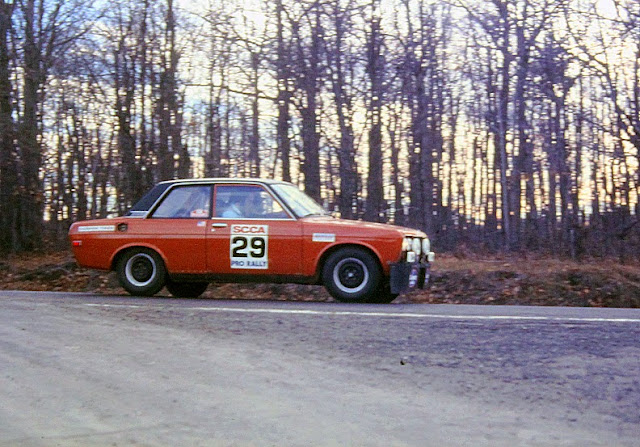 Nowicki's first rally in the UP,  With Jim Garton Co driving, at the 1977 Press On Regardless in a Datsun 510.
Posted by Unknown at 8:52 PM No comments: 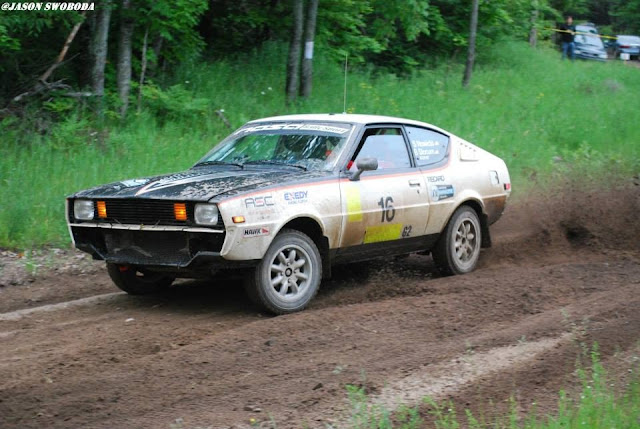 Photos property of and courtesy Jason Swoboda
Posted by Unknown at 7:58 PM No comments: